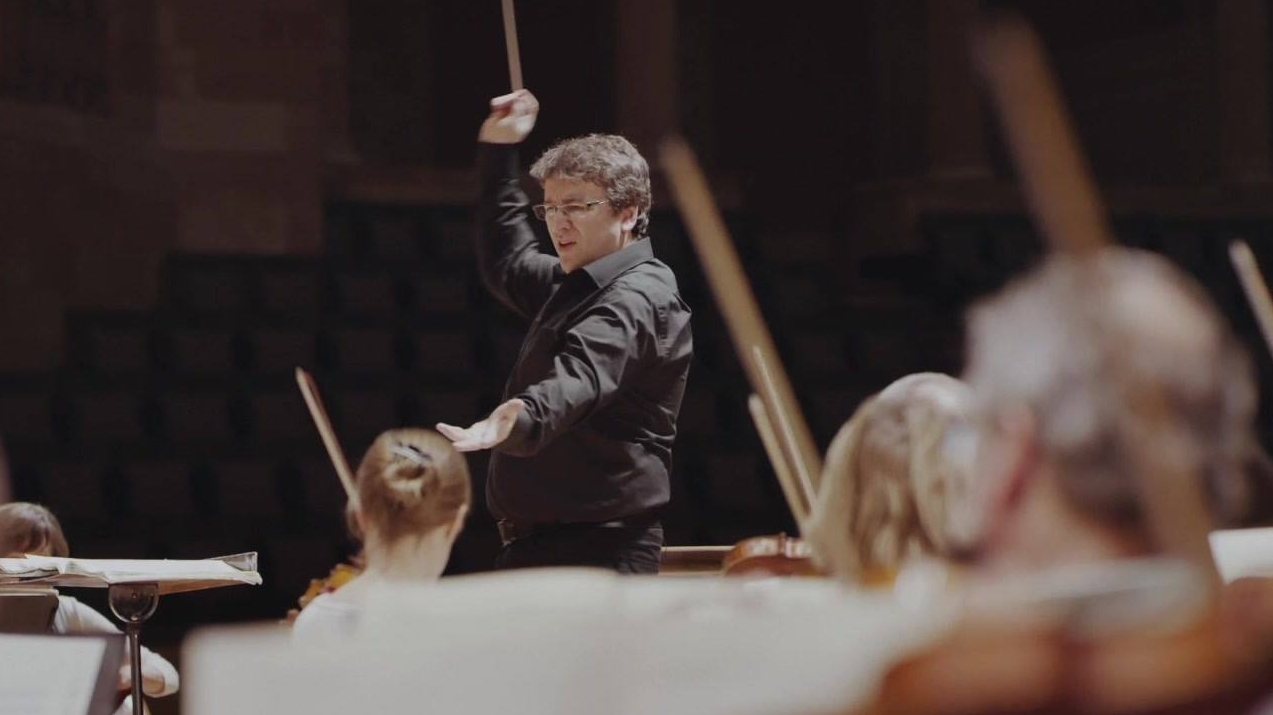 Friday evening’s Toledo Symphony Classics Concert read like a textbook guide to programming for symphonic success: an overture, a concerto, and a symphony. Three works which, if rendered successfully, could meet with nothing less than complete audience approval.

On the podium was guest conductor Alain Trudel, a gifted Canadian maestro with a clear sense of what he is about. His handling of the orchestra showed finesse and refinement, and each of the evening’s works was crafted with artistic acumen.

Opening the program was the Toledo Symphony premiere of the last work of early 20-century French composer Lili Boulanger, the sister of renowned teacher Nadia Boulanger. The impressionist tone poem “D’un Matin de Printemps (Of a Spring Morning)” was colorfully executed, the performance a sea of orchestral burblings and swirling solo lines.

Violinist Augustin Hadelich joined in for the second work, Dvorak’s Violin Concerto in A minor, Op. 53, a stalwart scion of the solo repertoire. His appearance was made possible by a gift from pianist Frances Renzi in honor of her husband, bassoonist James Mason.

The melodically driven piece was rendered exquisitely. From the forceful opening statement to the spinning of the lyric web of the second movement, and on to the eastern European folk romp of the third, Hadelich commanded with a sensitivity and sonority that held the listener captive to his artistry and technique.

The second half opened with the Nimrod Variation from Elgar’s Enigma Variations offered by the orchestra in memory of Rick Yocum, treasured trustee and financial adviser.

Concluding was Tchaikovsky’s monumental Symphony No. 4 in F minor, a romantic seething morass underpinned with a musical program consisting of a single word, “Fate.” Tchaikovsky poured his soul into the fabric of the work, seeking catharsis for his emotionally conflicted psyche upon the dissolution of his marriage.

Here, Trudel’s artistry came to the fore, reflected in the brooding depth of Russian romanticism. Each movement, clearly defined in purpose and vision, moved the arching pulse of the whole steadily toward a resounding, expiatory conclusion; victory slowly rising out of the mist of turbid emotional affliction.

The evening proved a resounding success both for the orchestra and the listener alike. It will be repeated 8 p.m. Saturday in the Toledo Museum of Art Peristyle, 2445 Monroe St., Toledo. Tickets and more information 419-246-8000 or toledosymphony.com.