Music and Beyond Review: Branford Marsalis

Posted at 07:35h in Archives by Alain Trudel
Share 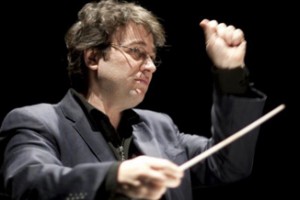 That didn’t deter the famous jazz saxophonist Branford Marsalis, the featured artist Saturday evening in the first major event of this year’s Music and Beyond festival. Vaughan Williams did write an oboe concerto that is popular and well-known and Marsalis figured that it would work well on his soprano saxophone.

He was right. The expansive pastoral melodies sounded lovely Saturday evening despite a slight disconnect in timbre between the lower and upper parts of his instrument’s range. His passage work wasn’t quite as nimble as we hear from he best oboists, but the performance was still a pleasure.

The Glazunov is written for alto saxophone and the part is more idiomatic to the instrument. It’s an intriguing piece by a composer whom most music lovers know, if at all, for his Violin Concerto and perhaps as the orchestrator of Borodin’s Prince Igor. Marsalis clearly is on intimate terms with the score and his musicianship is most impressive. The performance was an unmitigated delight.

People had been wondering, or at least I had, how the National Arts Centre Orchestra was going to fit on the chamber-sized stage of Dominion-Chalmers. Only the strings, and only 27 of them, were involved. It wasn’t a problem, though. Under the baton of Alain Trudel they produced a warm sound that filled the space nicely. A bigger string section might have been better in the Glazunov, though.

Marsalis is, like other members of his family, best known as a jazz musician and it was in that capacity that he and his quartet performed in the second half of the program. His quartet colleagues were pianist Brian Hanseler, drummer Justin Faulkner and Eric Revis, who played the shiniest bass I’ve ever seen. I was a little surprised that they used mikes on all the instruments, even the drums. Perhaps they were trying to compete with the Blues Festival, but they weren’t quite that loud.

One of the pleasures of small ensemble jazz is the extended solo improvisations each musician plays, accompanied by the others. And in a big name quartet like this one, it’s hard not to be blown away by their individual and collective virtuosity.

Conductor Alain Trudel established his early reputation as a trombonist, and he joined the quartet for a wild ride in which he more than held his own.