Posted at 09:42h in Archives by Alain Trudel
Share 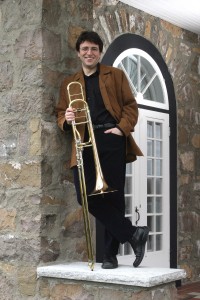 The seductively expressive playing that Concertmaster Joe Lanza did immediately after the heavily weighted opening bars of Rimsky-Korsakov’s ‘Scheherazade’ set the tone for the second half of the show. In hindsight, it also reflected the tone of the entire performance.

The show opened on a small scale with a group of the orchestra’s wind performers delivering a sparkling rendition of Mozart’s Serenade in C Minor. Under the baton of Alain Trudel their reading was a beautiful tapestry of instrumental threads woven together with translucent clarity. The oboes were dominant for much of the piece with their parts delivered impeccably by Ian Franklin and Jennifer Short. Franklin especially had demanding parts and he responded with exceptional playing. When they weren’t being tested clarinettists Graham Lord and Marie Johnson took up the lead lines with a flourish. Bassoonists Spencer Phillips and David Haward threaded magic around the lead players while horn magicians Ron George and (I believe) Kate Stone delivered the punctuation that injected extra measures of drama the way only clearly enunciated brass passages can. What was most remarkable was that every instrument could always be heard, regardless of how many were playing. *

Jumping from eight to (about) fifty musicians in the time it takes to get the extra people on stage sounds like a stretch but it’s exactly the sort of twist that keeps Alain Trudel’s programs fresh. When the piece is a difficult one, which Paul Hindemith’s Op. 50 Concert Music for Brass and Strings was, the freshness is enhanced by the challenge it sends to the orchestra. The crisp and clearly driven work they responded with showed their relish of it. Their taut, and tightly wound, playing on the thunderous passages was nuanced by subtle playing from the different sections of the ensemble. The strings in particular came up with playing that was ravishingly delicate.

The impression of solemnity and massiveness created by the opening bars of ‘Scheherazade’ was a misleading one. Trudel’s interpretation illustrated the fact that Rimsky-Korsakov’s masterpiece is segments of chamber music inter-woven to form a symphony a symphony. The orchestra picked up the theme Joe Lanza introduced so deliciously and followed it through the array of canvasses the works’ tone colours conjure up. It was a shimmering palette of intricately woven threads from soloists and individual sections of the orchestra that the musicians played beautifully. The lush romantic imagery conjured by the music remained intimate in contrast with the massive forces needed to perform it. Even when those came together the separation between groupings and individual parts retained their clarity. Alain said before the performance it was the night for the stars of Orchestra London to shine. Their response more than justified his faith.

It was evening of breathtaking virtuoso and ensemble work by a that group seems stronger each time out. The musicians of Orchestra London worked hard to insure would be wonderfully memorable and they succeeded beautifully.

This show took place at Centennial Hall in London Ontario on Saturday November 2, 2013. This review was written to convey impressions of what it was like to be there.

*The clarity that Mozart achieved with his writing is astonishing. Recording engineers, even with state of the art digital technology and perfectly balanced acoustics to work with, can’t match what this man put on paper. There’s almost always a sense of being able to hear every instrument. It’s clearly noticeable on recordings and the impression is heightened vividly in live performance. How he did it is inexplicable but it is for real.